You know the story. He was a very good English student; at the language center, he communicated effectively with his classmates and the teacher, he was quite vocal and he’d made individual and group presentations before his classmates in power point, prezi and you name it, and even participated in debates. But when he arrived in the States he found he couldn´t understand people very well, and was unable to make himself understood, to the point that he became mute for all practical purposes, at least in what the English language was related. What had happened?
And the educational institution where he studied advertised repeatedly and loudly that they used the Communicative Approach, the one that can’t fail, the very one we continue calling new and modern although it has been in use for over half a century. How could have gone wrong?
THE TOWER OF BABEL
Yet this occurrence keeps repeating in Great Britain, Canada, Australia and other places where the language of Shakespeare is common currency. There’s a communication gap for the new arrivals from our country. It would seem he learned a kind of English that is different to the one used in all these latitudes. What kind of English would that be? Perhaps a Peruvian or a Latin American version of it?
The truth to this dilemma is not based on a different type of English at all, Not dissimilar in terms of syntax, morphology or semantics. The problem is with pronunciation, a topic that usually escapes the diligence and frequently even the awareness of most English teachers. It’s the “spanglization” of English in terms of pronunciation. We can say that the majority of English teachers suffer from it and spread it to their students. 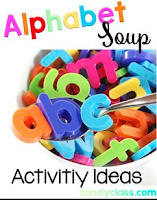 The main reason for this is the bogus assumption that English and Spanish share the same alphabet; therefore, educators don’t feel the need to teach it right from the beginning to their pupils like their colleagues from China, Japan, Egypt or Russia do. “English and Spanish use the Latin characters so we don’t need to learn them” they usually think.
The problem is that we tend to identify letters with graphemes, that is, with a visual form of representing them. But we forget that the graphic symbol also represents a sound, a phoneme. In the case of a Spanish speaker, each grapheme is correspondent with a phoneme. But in other languages, a grapheme can be representative of more than one phoneme. In English, a grapheme can be the visual clue that represents up to six different phonemes.
THE GOOD EARS OF CHILDREN
Furthermore, the way in which bigger children, teenagers and adults learn the English vocabulary is through the eyes not the ears. Students find it very hard to identify a word when they hear it from a native because it contains sounds they are not familiar with. Only when they see it written with the characters they know they can take it in and venture to repeat it. But then, they adapt it to the sounds they are used to utter, based on the phonemes they can associate with the letters they see. And abracadabra! The Spanglization process has taken place.
We have to ponder that, as Marta Bartolí, from the Rigol Laboratori de Fonètica  Aplicada – LFA, at Universitat de Barcelona, notices “…in the communicative approach, written language is still used as a support in the teaching of oral language and pronunciation. As we will see, the reading-writing base of teaching can damage phonic acquisition.”
And that is precisely the difference with children. One of the reasons why they pay more attention to the English utterances and learn how vocabulary sounds in this language is because they can’t read, they just imitate the sounds they hear. They are not restricted to a number of phonemes they have already learned.
Another reason for the small children noticeable prowess in terms of pronunciation is given by Steven Krashen who contends that babies are born with the capacity to hear and distinguish all phonetic speech sounds from all different languages in the world and that they lose that capability respect to the phonemes they never hear and keep it only for the phonemes employed in the language or languages they are normally exposed to.
In sum, we aren’t doing things right in teaching pronunciation and when trying to teach real English. Something needs to be done. I, for one, feel that we should go back to teach the alphabet, the whole alphabet. With graphemes as well as phonemes.
What do you think?
Why is real communication with locals so difficult?